Restoration began in 2006 nears completion, but trip to Cumbres & Toltec for August event is unlikely 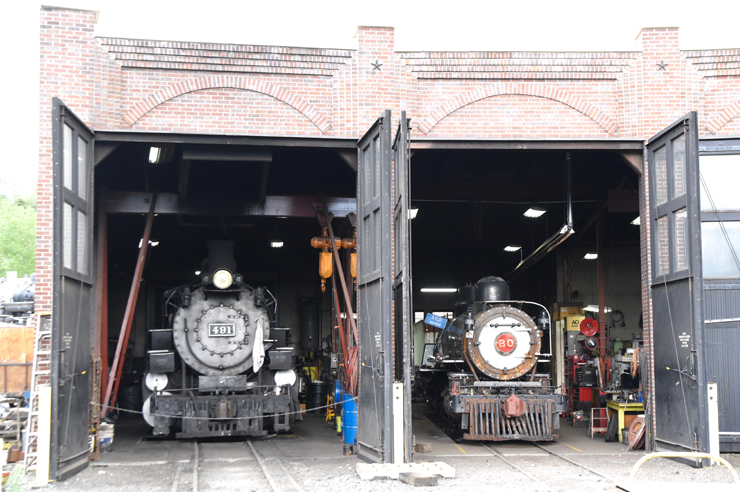 Rio Grande Southern No. 20, its restoration continuing, shares the roundhouse with operational Rio Grande 2-8-2 No. 491 at the Colorado Railroad Museum in June 2019.
TRAINS: Jim Wrinn

GOLDEN, Colo. — After more than a decade of work, officials with the Colorado Railroad Museum say that the restoration of Rio Grande Southern 4-6-0 No. 20 is entering its final phase. Jeff Taylor, the curator of rolling stock and equipment, says that if everything goes according to plan, the legendary 3-foot gauge locomotive will be under steam in its home state this summer.

Taylor says in recent months, the locomotive and tender have been reunited, the cab has been reinstalled, and various appliances have been added. “We’re getting there,” Taylor tells Trains News Wire.

The restoration has cost approximately $1.5 million.

Locomotive No. 20 was built by the Schenectady Locomotive Works in 1899 for the Florence & Cripple Creek Railroad in central Colorado. In 1916, it was sold to the Rio Grande Southern, where it ran until December 1951.

Officials are not exactly sure when the locomotive will finally run but they are already planning a big celebration when it does. “Come see locomotive No. 20 in 2020,” Taylor says.

While some were hopeful that the locomotive would be able to attend this summer’s 19th-century steam celebration on the Cumbres & Toltec Scenic [See: “Cumbres & Toltec announces schedule for 19th-century locomotive event,” Trains News Wire, Jan. 27, 2020], Taylor says the locomotive will most likely stay in Golden this year. However, both the C&TS and Durango & Silverton Narrow Gauge Railroad have invited the Colorado Railroad Museum to bring No. 20 to their lines in the future. “We want to make that happen,” Taylor says.