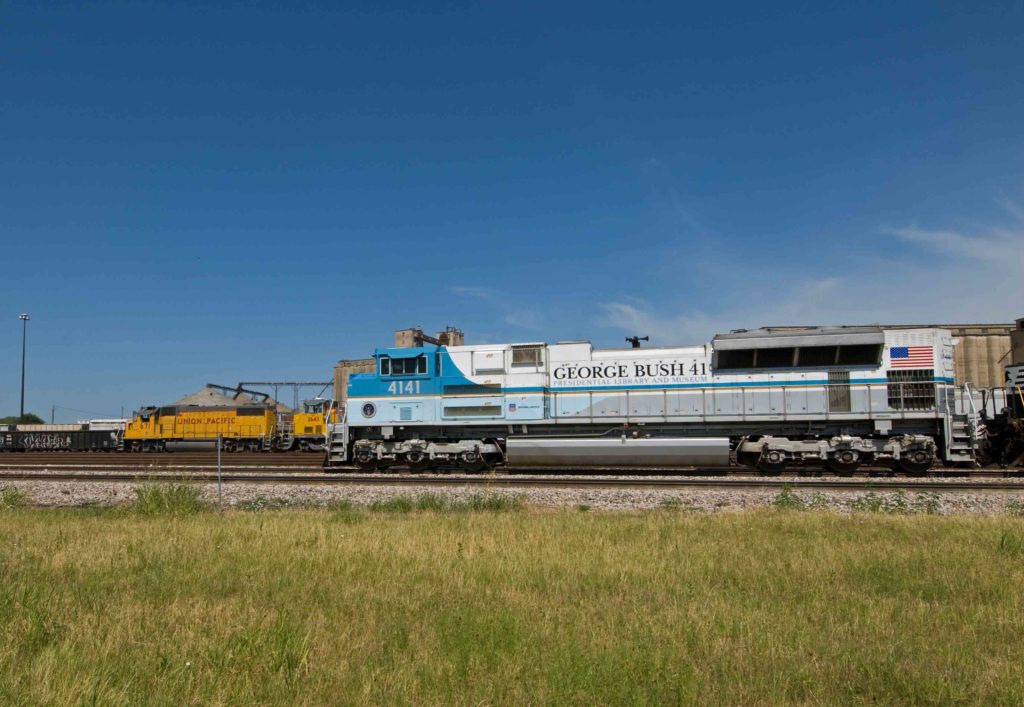 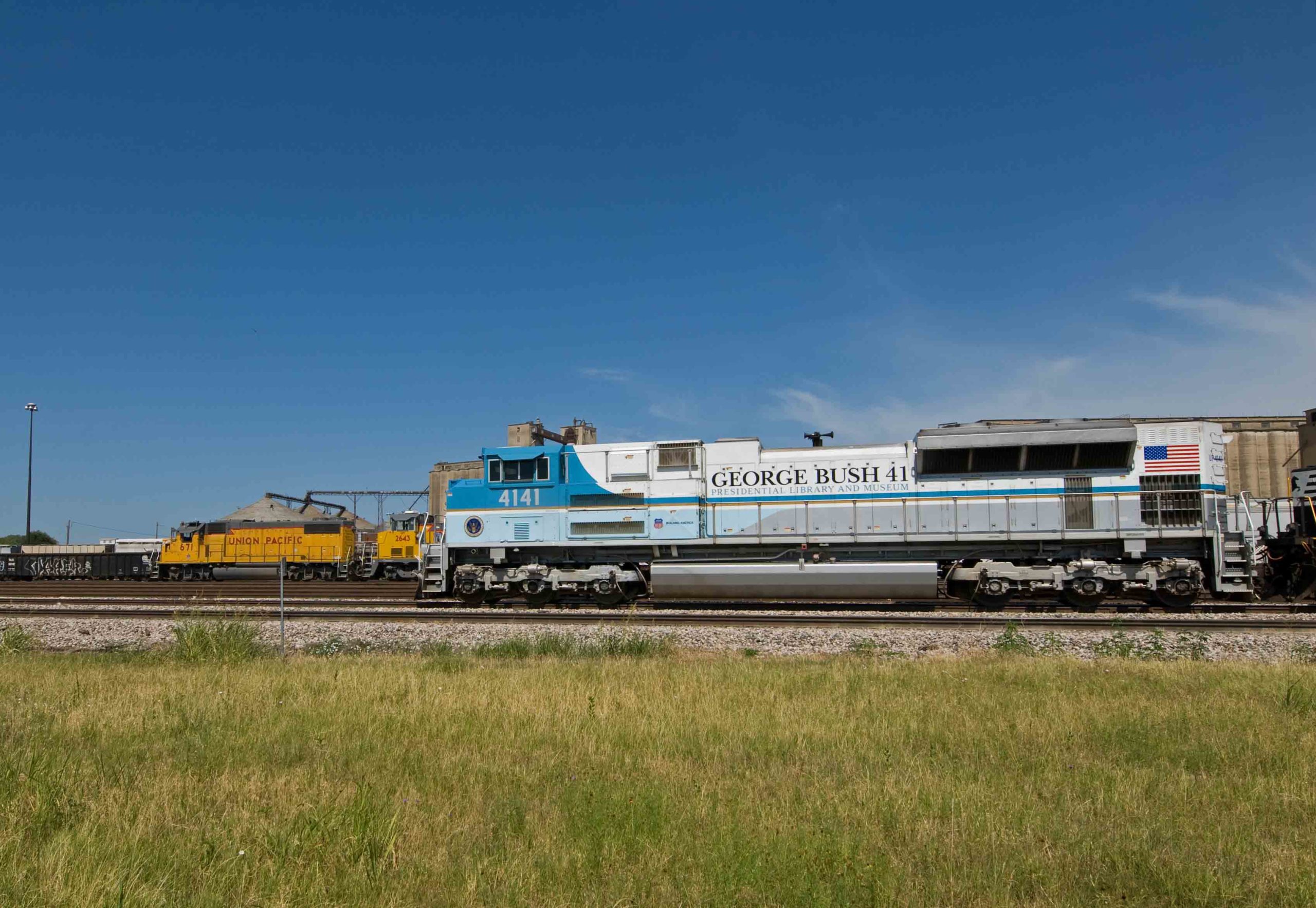 UP No. 4141 rests at Ney Yard in Ft. Worth, Texas on July 4, 2008.
Steve Schmollinger
COLLEGE STATION, Texas — Early this morning Union Pacific’s Jenks locomotive shop in North Little Rock, Ark., outshopped another diesel. That happens every day. In this case, the unit was a specially-painted SD70Ace No. 4141 in honor of the 41st president of the United States, George H.W. Bush, who died Friday night. The unit, whose paint scheme resembles Air Force One, is on its way to Houston, Texas, to pull the president’s funeral train, those familiar with the matter tell Trains Newswire.

The unit has been in storage since 2012 at the UP locomotive shop, waiting for this important assignment. Over the years, it was periodically taken out of storage and checked over. Sources also say that UP’s salute to veterans unit, No. 1943, is also on its way to Texas, although Trains has not confirmed that. But since Bush was a World War II Navy fighter pilot, that would be appropriate.

Funeral details for Bush were still being worked out, but it is known that a state service will take place in Washington, D.C., followed by a private service in Houston, and then the funeral train to the Bush Presidential Library and Museum on the grounds of Texas A&M University in College Station, about 100 miles northwest. UP was expected to provide the passenger consist.

Presidential funeral trains began with Willliam Henry Harrison in 1841 and ended with Dwight D. Eisenhower in 1969, according to Bob Withers’ landmark 1996 book, “The President Travels by Train.” Abraham Lincoln’s funeral train followed most of his 1861 route from Illinois to Washington, D.C., in reverse and lasted almost two weeks. Franklin Delano Roosevelt’s 1945 funeral train from Warm Springs, Ga., to Washington, D.C., was perhaps the best known of these moves.

Bush campaigned by train in the Midwest and Southeast in his unsuccessful re-election bid for the White House in 1992. For that train a CSX unit was repainted 1992 and emblazoned with a giant American flag on its sides.

How UP No. 4141 came to be painted in honor of Bush and his presidential museum and library has never been described in detail, but it is believed that it came about through his relationship as vice president under Ronald Reagan with Transportation Secretary Drew Lewis, who later became UP chairman and CEO. In 2005, UP Chairman and CEO Dick Davidson, said of the newly painted unit for Bush, “Union Pacific felt … that creating UP 4141 was an appropriate way to recognize President Bush and his life-long service to our country.”