Home / Beginners / How to choose a scale: A garden railroader’s guide

The pros and cons of each scale 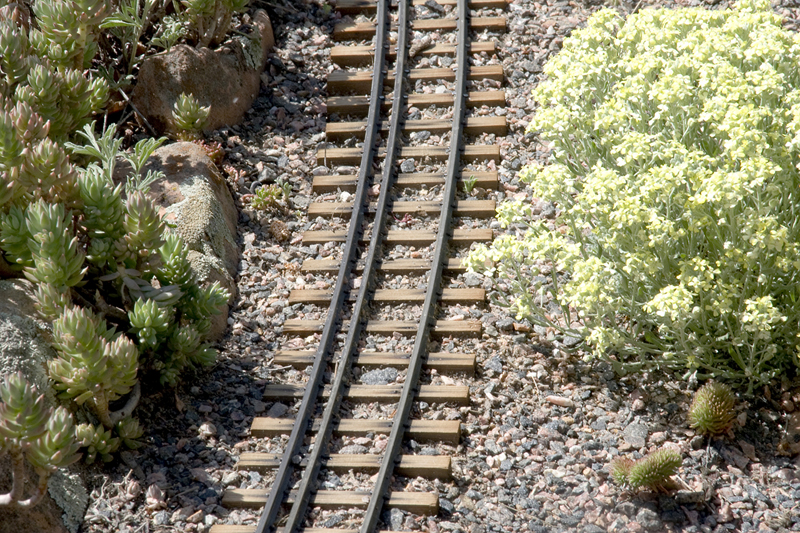 This three-rail track incorporates two different gauges—0 gauge and 1-gauge. Trains in 16mm-scale (1:19) and 15mm-scale (1:20.3) are equally at home on these rails.
Marc Horovitz

Let’s look at the various scales available and list their characteristics, with an eye to finding their advantages and disadvantages. As mentioned above, the thing that will spoil the look of a railroad fastest is having a mixture of different scales that clash visually.

Railroad cars were not all identical, so running 1:20.3 scale with 1:22.5 scale, for example, can work in some cases, but generally you can immediately spot a car of the wrong scale in a train. Mixing scales also frequently leads to operational problems, as the couplers may be at different heights, the wheels may have different flange profiles, etc. Armed with this data and your preferences and circumstances, you should be able to start your railroad knowing exactly what you’re getting and why.

Table 1 looks at the scales from the standpoint of what it takes to build a complete, visually coherent railroad. That means a range of appropriate rail equipment (locomotives and rolling stock), as well as the things that justify having a railroad—buildings, vehicles, and the people that use them. There are also less tangible characteristics, such as the “correctness” of the scale to the track gauge, which can be a subtle visual cue, or the ease of working with the scale when scratchbuilding from plans.

It also assumes that you are modeling a North American railroad. Those modeling UK or European railways can, of course, disregard any stated disadvantages regarding prototypes. Although the assumption is that you are using 1-gauge track, I include 1:19 scale here (without any details) because its closeness to 1:20.3 permits running both 3′ and 2′ narrow gauges in the same environment. If you’re interested, this is a popular scale in the UK and hobby magazines there cover it extensively.

When choosing the scale for your railroad, ask yourself what you want out of it, and what you want to put into it. Do you want your railroad to be a convincing representation of a real one or do you just want to give the general impression of a real railroad? Do you like steam or diesel locomotives? Do you like mainline railroads, or little short lines and narrow gauges? Do you want to use everything right out of the box, scratchbuild as much as possible, or something in between? Do you want to build large cities or just have enough houses to suggest human habitation? If there are no buildings in a particular scale and you hate the thought of scratchbuilding them, then that scale may not be a good choice for you. Think through everything you might want to include in your railroad, how you want it to look, and how you want to obtain it, and then compare those preferences to Table 1. You should be able to weed out the bad matches and come to the one that suits your style best.