View photos of Geeps and E units sharing the rails with N&W steam in 1958. 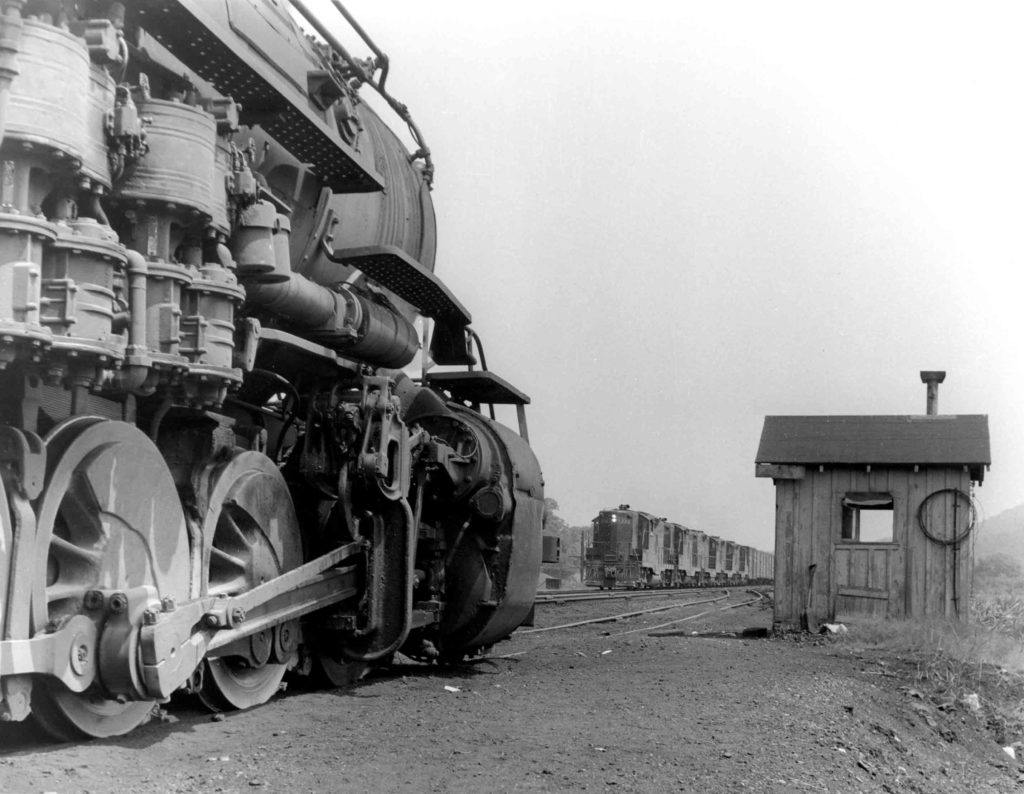 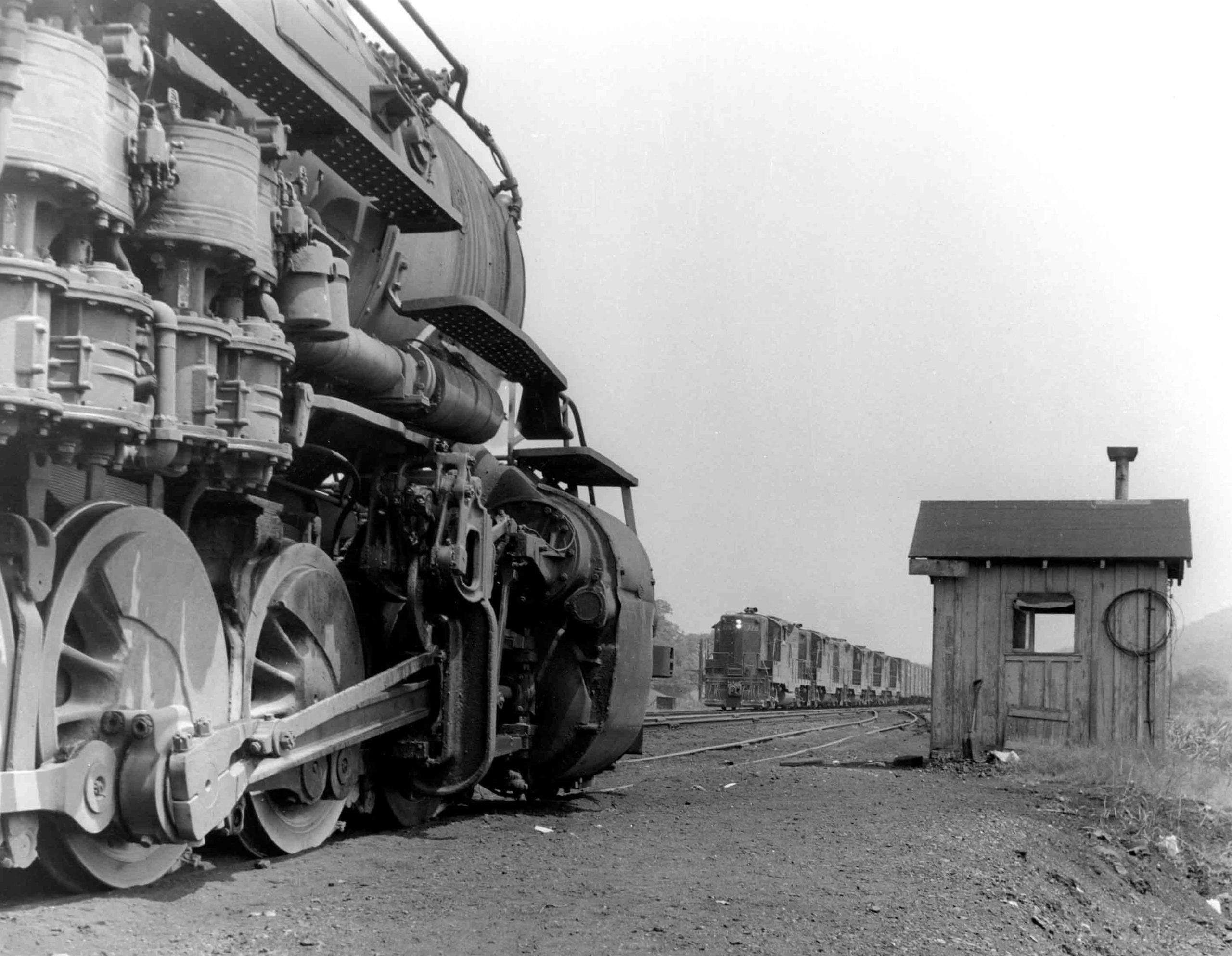 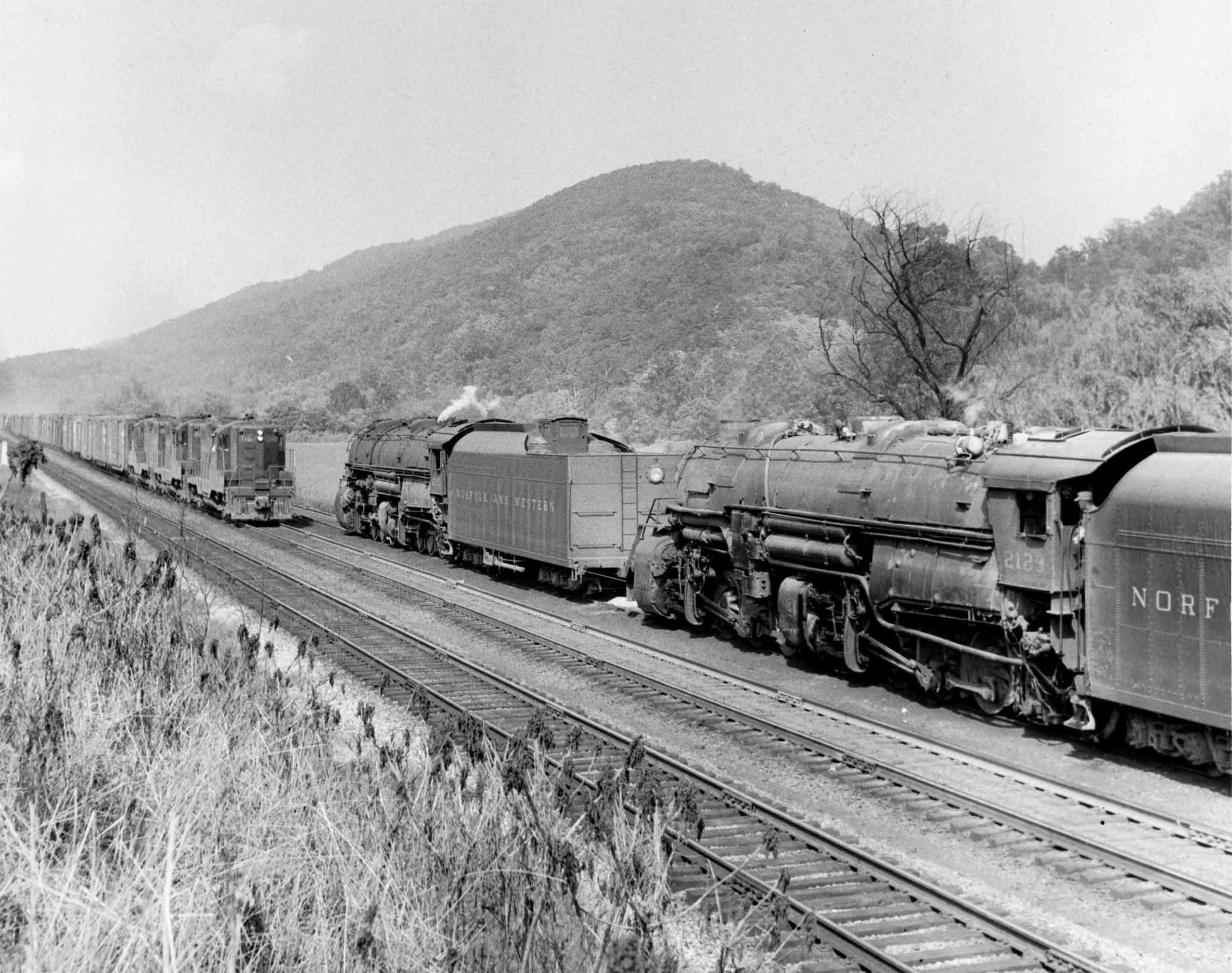 Jim Shaughnessy
Geeps at Boaz – 2
Another August 1958 photo finds three GP9’s bringing a merchandise train down Blue Ridge Grade as a pair of Y6’s stands in the Boaz helper siding. 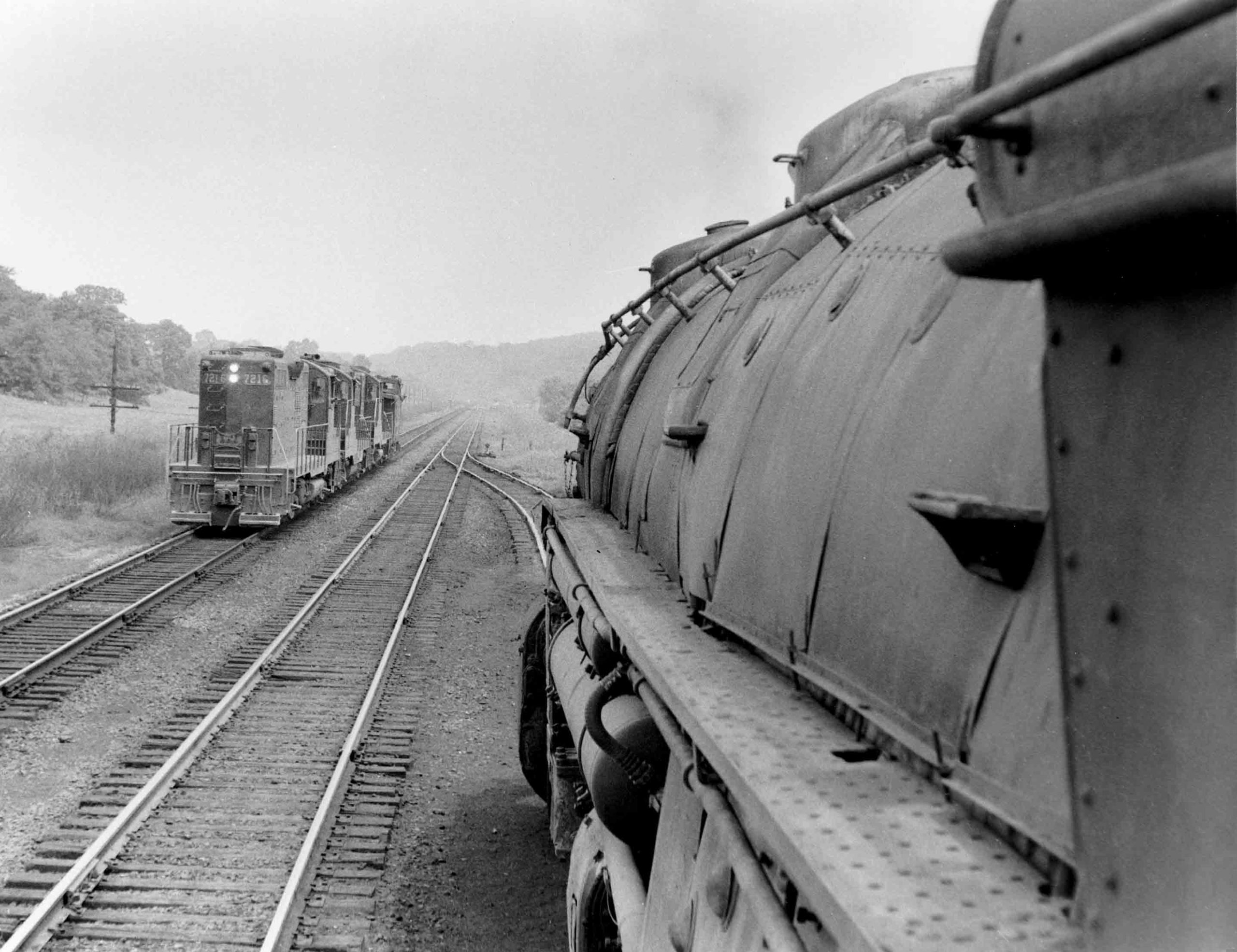 Jim Shaughnessy
Geeps at Boaz – 3
Seen from a Y6 waiting on the helper track, three GP9’s drift by with a caboose hop to Roanoke. The lead diesel’s number, 7216, and long-hood-forward orientation identify it as property of the Pennsylvania Railroad, N&W’s parent. 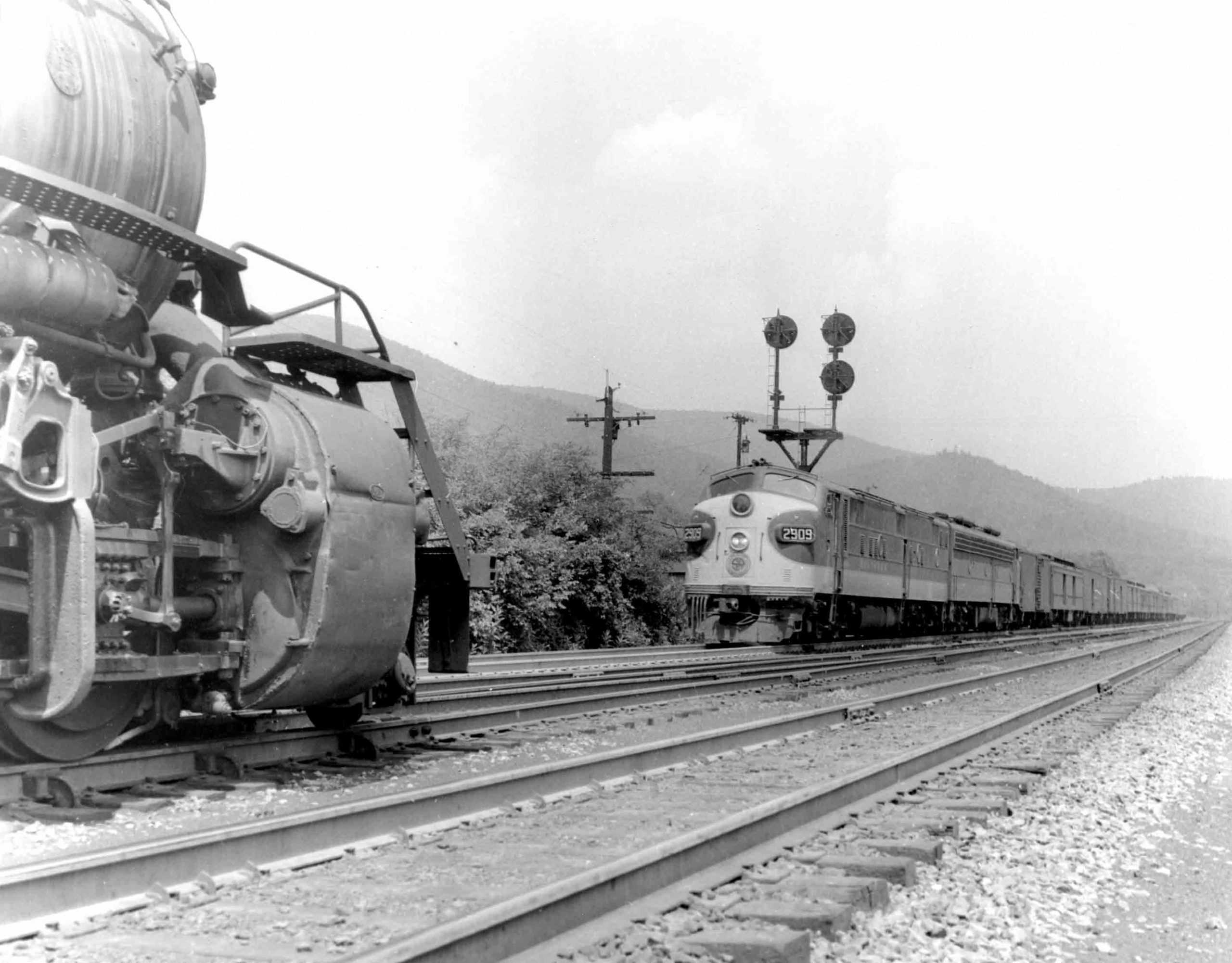 Jim Shaughnessy
Southern E units running through
N&W handled four Southern Railway passenger trains between Lynchburg or Petersburg, Va., and Bristol, Va. When steam was king, a proud J would pull these trains over N&W rails. But after N&W committed to diesels, Southern power began running through, as evidenced by an E7-E8 pair on the westbound Tennessean passing a Y6 helper at Blue Ridge. 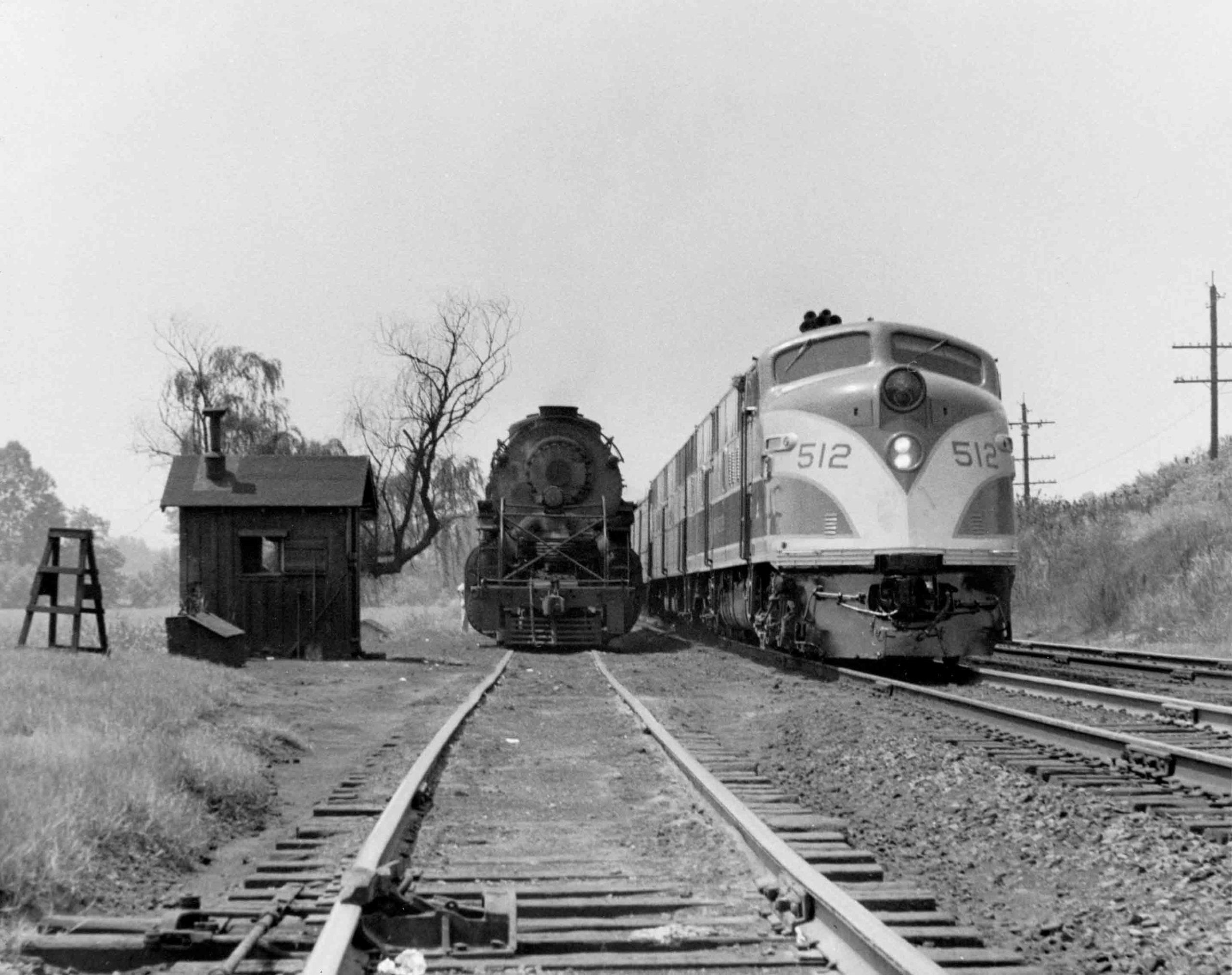 Jim Shaughnessy
Instead of a J, Coast Line E units
N&W tried to make up for its late start on dieselization by borrowing foreign power until it had enough of its own units. The most striking example of this was the several purple-and-silver Atlantic Coast Line E6’s and E7’s that bumped the maroon-and-black J-class 4-8-4’s from some passenger trains. N&W even removed the emblems from the units’ noses and painted its own name on their flanks. Two of the interlopers flash past a Y6 at Boaz in summer 1958.
You must login to submit a comment
Related Articles