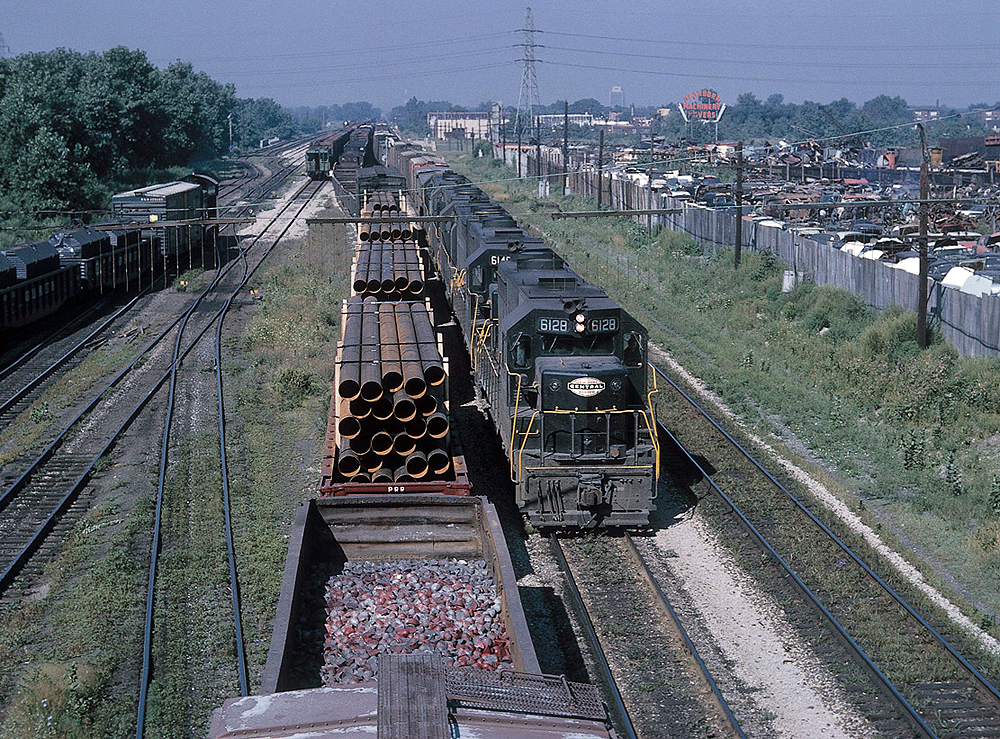 Mohawk on a stock train

Freight out of Lafayette

In August 1965, five NYC GP35s roll a freight eastward at Dearborn, Mich. Three other freights occupy tracks in the western end of the yard.

South end of the West Side freight line

The state-of-the-art St. John’s Park freight terminal anchored the south end of NYC’s West Side (of Manhattan) freight line, a.k.a. the “High Line.” This photo dates from shortly after the elevated line opened in 1934.

Far corner of the Central

A long way from the broad, flat Water Level Route, New York Central 2-6-6-2 Mallet 1940 is seen in an undated photo on the road’s line to Charleston and other West Virginia points.

New York Central was a leader in containerized freight service. Two GP20s, a GP30, and an Alco FA lead a train of Flexi-Van containers, with two cars of trailers up front, east out of Collinwood, Ohio, in August 1964.

Canadian-built GP7s 5819 and 5821 bring a New York Central “tunnel job” from Detroit into Windsor, Ont., in August 1962. Built for Chesapeake & Ohio, the units were set up for short-hood-forward operation.

New York Central’s Pacemaker merchandise service debuted in 1946, with specially equipped and painted (vermillion and gray) boxcars. The railroad even painted five cabooses for the service, one of which trails this consist assembled for publicity photos.

All through January 2021, Classic Trains editors are celebrating the New York Central Railroad. This week, feast your eyes on freight trains, in black-and-white, and color, from deep in Appalachia, to Manhattan’s High Line.

See what we’ve unearthed from the David P. Morgan Library on this great railroad. Only from Classic Trains!