The Northern Pacific is Classic Trains' Railroad of the Month for May 2021. 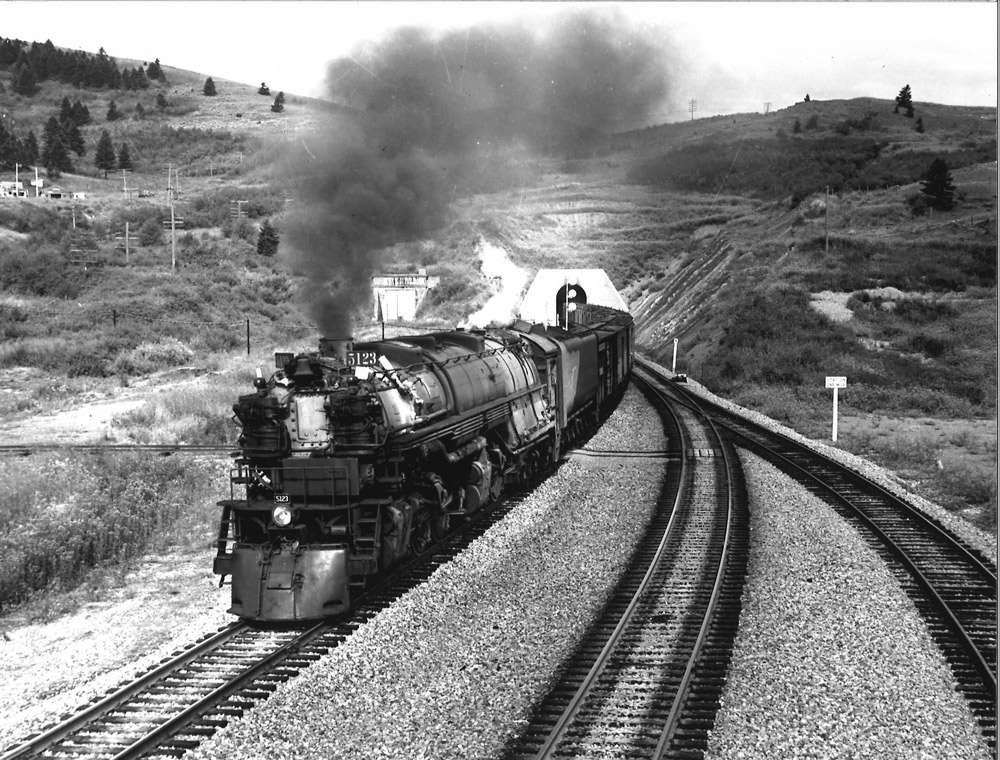 Northern Pacific F7 6008 leads an A-B-B-A set of units on a freight past an oil well Fryburg, N.Dak., in mid-1953, not long after discovery of oil in the Williston Basin.

Pushing on a long cut of freight cars at the south end of Northtown Yard in Minneapolis is 2-8-2 1504, a member of Northern Pacific’s 160-strong W class built by Alco’s Brooks Works in 1904–07, at least 50 years before the time of this photo.

One of Northern Pacific’s 4-6-6-4s crosses Lake Pend Oreille at Sand Point, Idaho, with a freight train in June 1954.

A dozen miles west of Livingston, Mont., Challenger 5123 leads an eastbound freight out of Northern Pacific’s new Bozeman Pass tunnel in July 1948, a few years after the new bore replaced the one to its south.

With a dynamometer car recording their performance, a shiny new set of FT diesels crests the Rocky Mountains west of Helena, Mont., in the early 1940s.

Challenger 5101 works its way up wide-open Bozeman Pass with a westbound freight in January 1941.

The Northern Pacific Railway is Classic Trains‘ Railroad of the Month for May 2021. Please enjoy this freight train photo gallery sourced from the archives of the David P. Morgan Library at Kalmbach Media.