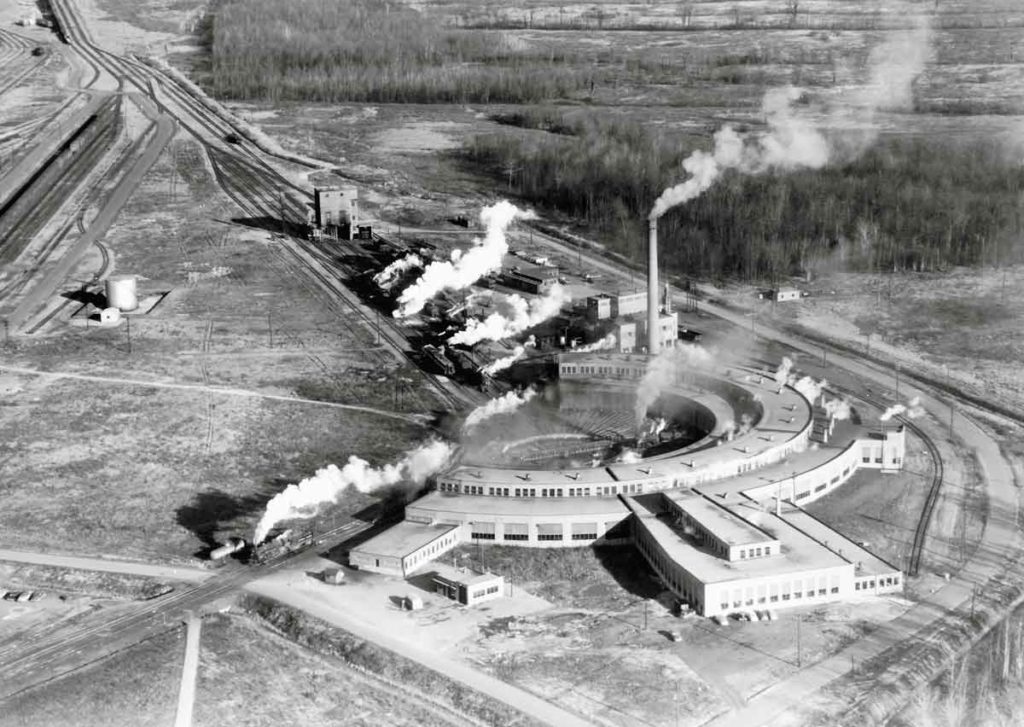 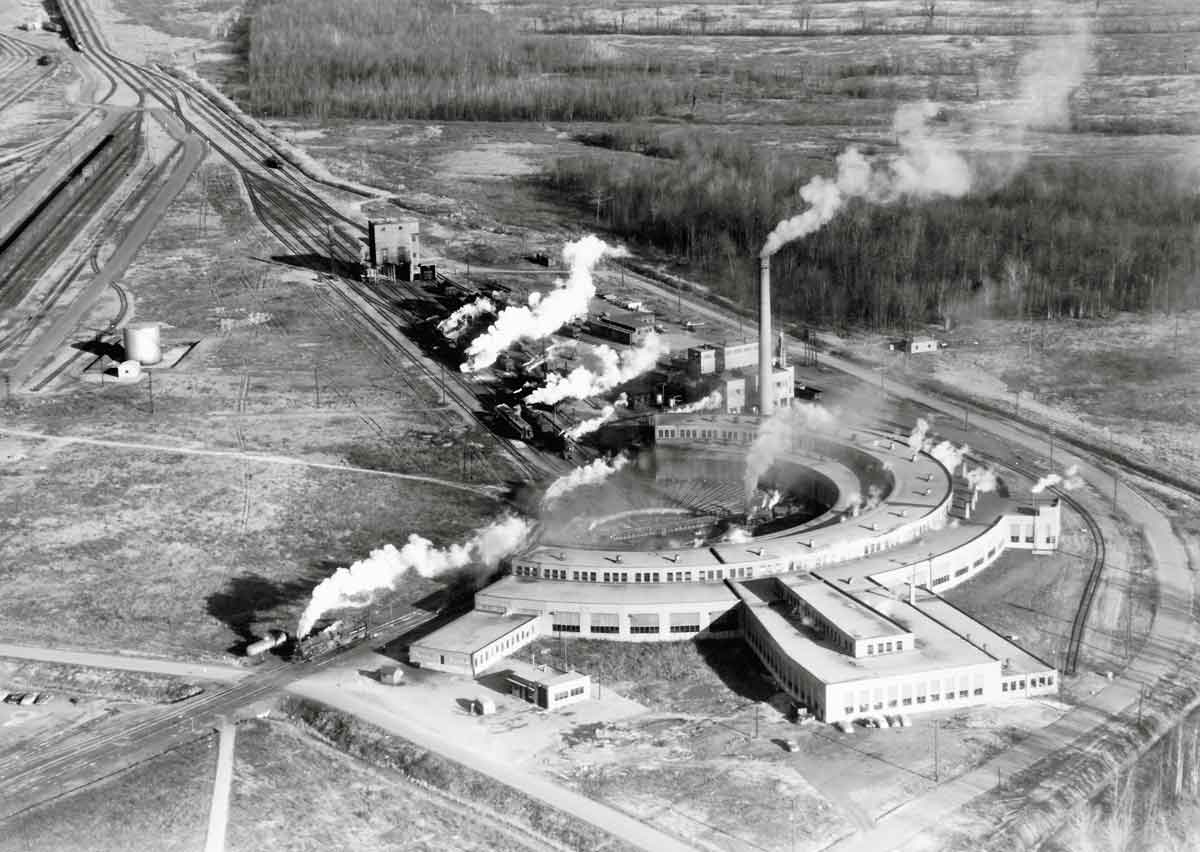 CP’s St. Luc Yard roundhouse
Walter R. Allen for CPR
Canadian Pacific in July 1950 opened its sprawling new St. Luc Yard in the “wilds” above the cities of Lachine and Cote St. Luc, Quebec. Built to relieve congestion at CPR’s Hochelaga and Outremont Yards in Montreal, St. Luc included this 37-stall roundhouse, completed in 1949, three years or so before this photo. Steam reigns supreme on this cold early morning, although the successor to the throne has a representative on the ready tracks just above the turntable. Within three years, a new diesel shop will open, and later expand, on the vacant land at the left. After the end of steam, the roundhouse was used for diesel-locomotive repair, and a portion later was given over to maintenance-of-way forces. After Glen Yard in Westmount closed, maintenance and running repairs on Agence Metropolitaine de Transport commuter equipment used on CPR routes has been conducted here, despite several stalls being leveled in fall 2000. The fields at top right are now filled with houses, and as often happens in such cases, the residents complain about the noise from the railroad, which was here first.